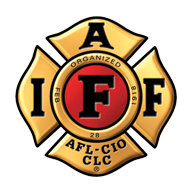 IAFF and MDA: A Proud Partnership

The International Association of Fire Fighters (IAFF) is the largest national sponsor of the Muscular Dystrophy Association (MDA). More than 280,000 members of the IAFF in the United States and Canada are pledged to saving lives, both as fire fighters and paramedics and as the strongest campaigners for the worldwide research efforts of MDA to eradicate 40 neuromuscular diseases. The contributions of the fire fighters also go towards MDA’s summer camps for children, professional and public health education, and other programs.

As the greatest contributor to MDA, fire fighters are everywhere in the efforts of MDA to raise money. The IAFF is the biggest sponsor of MDA’s Labor Day Telethon and it contributed a record breaking $23.5 million in year 2006 as a consequence of the overwhelming enthusiasm and contribution of tens and thousands of fire fighters and paramedics across the US and Canada. IAFF members have donated nearly $275 million to MDA since 1954.

The IAFF raised millions of dollars throughout the entire year through their passionate Fill the Boot campaigns, in which fire fighters greet motorists, shoppers and others and ask them to donate money to MDA. This year’s upcoming IAFF-MDA events are expected to raise even more to cure these crushing illnesses.

The marriage between the devotion of fire fighters with the cause of MDA has emerged as one of the strongest example of selflessness in the history of charity, and IAFF General President Harold A. Schaitberger is committed to elevating this tradition to even higher levels. The IAFF is designing a plan to further expand and enhance the IAFF’s relationship and role with MDA.

Over the ensuing decades, the commitment of the professional fire fighters to the cause of MDA has further elevated their status as extraordinary professionals who not only put their lives at stake to save citizens from ruthless flames, but also give their time to save the lives of the innocent from equally merciless neuromuscular diseases. The devotion of IAFF members has not only helped MDA, but also united fire fighters in a community where they share their team strength and brotherhood to give better meaning to lives and hope for the future.

Scanning the QR Code will bring you to our PayPal MDA: Fill the Boot donation page

Thank you for considering our charitable organizations for a financial contribution.

Your contribution may be tax-deductible to the extent allowed by law. No goods or services were provided in exchange for your generous financial donation. The Stevens Point Fire Fighters, Local 484 Charitable Foundation, Inc. is a non-profit, tax exempt organization as described in Section 501(c)(3) of the Internal Revenue Code; EIN 47-4789616.